Blocking A Scene: The 6 Steps To Perfect Blocking

Every video production starts with a plan; we call this the pre-production process.

Our production team develops a strategy based on our client’s needs and what they are trying to communicate with their audience. There are many things to be determined in the pre-production process, but one thing never changes, and that’s the need for blocking a scene when the filming starts. So it’s good to start thinking about this early on by creating a shot list.  It’s essential to work with a DP who has experience filming on set and has developed his or her eye to capture visually attractive material. Blocking a scene includes framing, which is all about creating interest through unique juxtapositions of talent and their environment.  You are very likely to run into an unknown while shooting, so having experience will play a significant role in making sure your production is on time and budget. We don’t account for mistakes as it takes a considerable amount of financial and human resources to get ready for the big day. Our production team always makes sure to get the shots that we need, and a veteran filmmaker can improvise on the fly if things change or go south. Every video production that involves talent requires 6 stages of blocking a scene.

1. Scouting This pre-production stage is contingent upon how familiar the crew is with the location. Most commercial video production companies will be filming at new places that they have never visited. Scouting a location involves the DOP and the person in charge of lighting. They will visit the site before the day of production and determine shooting locations and an inventory of lights needed for the production. 2. Blocking The director will determine where the talent will be on set in relation to the camera position.  3. Lighting The Director of Photography will work with his or her lighting crew to determine what lights will be needed and their placements to prepare the cameras to start rolling.  4. Rehearse It’s time to go through the motions with the actors and the crew. Rehearsing will ensure that the talent will hit their marks and the cameras are in the desired position to capture the action.  5. Adjustments The lighting crew will make final adjustment adjustments, so the talent and set are evenly lit.  6. Shoot Shoot the first scene, then move onto the next!

Here are a few tips to consider for blocking a scene.

And that’s a wrap!

Being on-set with a talented crew is rewarding, fun, and challenging. Sometimes commercial video production budgets aren’t what you want them to be, so you might have to wear more than one hat. You might be directing, blocking a scene, and filming. That’s why it’s essential to have experience on set – I’ve learned a lot from working with professionals from other disciplines and listening to their advice. Being behind the camera is still the most rewarding aspect of what I do; I love the challenge of transforming the ordinary into extraordinary.

Picking up a camera and hitting the shutter is easy, but knowing how to frame a shot is another skill altogether. You might have heard the expression that a person has a "photographic eye". Like all artistic endeavors, very few are naturally gifted, while a majority... 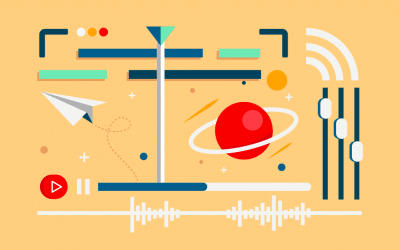 Why Motion Graphics Pricing Can Be Expensive

Spoiler alert: motion graphics take a lot of time and resources to produce with quality. If you’re thinking about using motion graphics and video to promote your brand, we have great news — you’re on the right track! However, motion graphics pricing can be expensive... 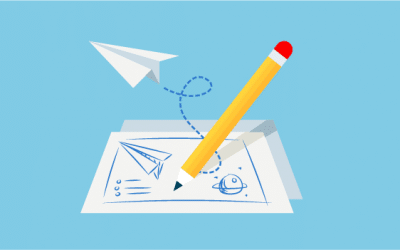 Video: Must-have Marketing As more people turn to video for their information, the explainer video has secured its place among essential marketing tools. The rise of video is evident in the number of businesses incorporating it into their digital marketing strategies....